Ir Group has begun activity based on the impetus of "Give New Worlds to the World", following a Portuguese concept which goes back to the Discovery Era, when Portuguese navigators found the way to new lands and cultures, open their minds to the world. Saudade is connecting to the past and reflects the Portuguese cultural Identity. The main idea was to embrace all the potential antique city´s areas and give them a new sense of life.

We face each day as an opportunity to create new challenges and reach for new achievements. Our very own permanent ambition for progress dictates our way of being, which does not differ in the sphere of business, we strive to establish relationships and generate lasting value in the long run. 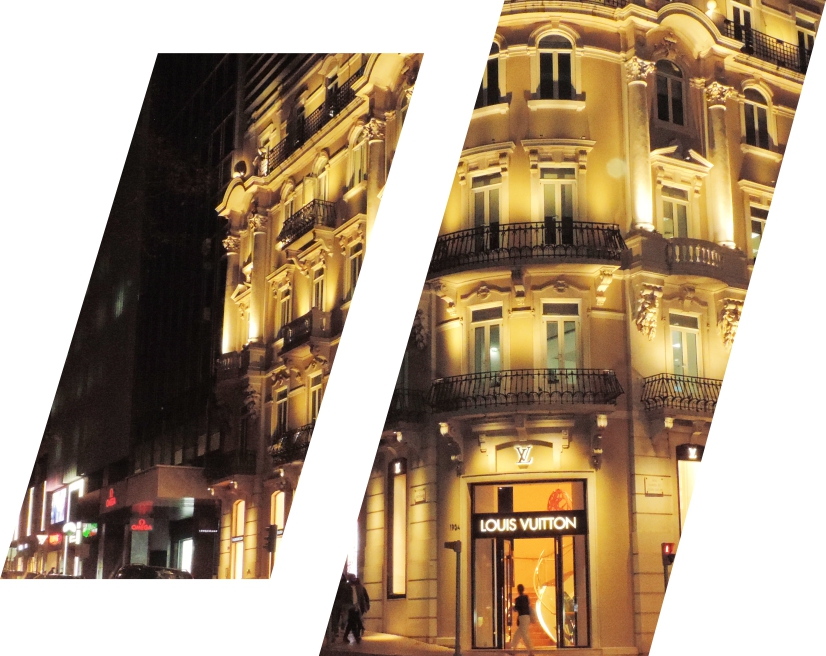 IR Group began its activity based on the moto "Giving New Worlds to the World", following a Portuguese concept which goes back to the Discovery Era, when Portuguese navigators found the way to new lands and cultures. We went into construction, where we have refurbishment various construction and rehabilitation works. This experience has allowed us to acquire the know-how to embrace new challenges confidently. Thus in 2013 we decided to change paradigms and started our own projects.

We have refurbished numerous buildings in Lisbon, transforming empty spaces into apartments full of life, designed to accompany the evolution of society and the world.

In 2014, we headed East, where we began IR Group’s internationalization process, with the opening of the Hong Kong office, dedicated to the Golden Visa service.

In 2017, we decided to accept the challenge of developing major projects in the hospitality sector, through the rehabilitation of the Hotel Villas of Sesimbra , home to an imposing view over the bay of Sesimbra and the beach of Ouro . In 2018, we started the projecting the recovery of the iconic Hotel Golfinho , located in Dona Ana Beach, one of the most enchanting beaches in Europe.

In addition to these continuous and audacious challenges, IR Group promotes new projects, complementary to its main activity, such as IR Development, directed to the advisory of new companies.

IR Group is also the owner of Aquarama, an incredible boat endowed with underwater vision. Located in the port of Sesimbra, Aquarama is one of the few specimens, of great capacity, with panoramic view to the bottom of the sea .

In 2019, along with the reopening of Hotel Villas of Sesimbra, we intend to start new projects.

see all our real state projects

Portugal is situated in the extreme southwest of Europe, just a few hours from the main European capitals. It occupies an area of 88,889 square kilometers and is bordered to the north and east by Spain, to the south and west by the Atlantic Ocean.

Portugal has been a member of the European Union since 1986 and is also a member of NATO (North Atlantic Treaty Organization) and CPLP (Community of Portuguese Speaking Countries).
Its capital is Lisbon, already considered the European capital with more sunny days, an average of 300 days a year, with a mild temperature, generally superior to 15Cº.

The real estate investment market in Portugal attracted the interest of foreign investors when we joined the euro in 1999. The reduction of foreign exchange risks and the positive evolution of the retail and office sectors act as a magnet for foreign investment. The market is currently highly transparent and regulated by the most demanding organizations and professionals in the industry. According to the Cushman & Wakefiel Report, in 2016, the Portuguese real estate investment market has generated quite interesting return levels.
Visit
Portugal
Eu aceito
Este website utiliza cookies para lhe oferecer uma experiência mais personalizada. Ao prosseguir com a navegação, está a concordar com a sua utilização. Saiba mais